NOTE: This article reveals the absurdity of the current system and the impact of the Medical Industrial Complex on Congress. Senators don’t want to get rid of the ‘private sector’ (read ‘private health insurance’) because they donate a lot of money to campaigns and are one of the most powerful lobbying groups in Congress, whose lobbyists are often former Congressional staffers. But they have a quandary – private health insurers don’t want to pay for health care because their primary responsibility is to make profits for their investors. Private health insurance is a financial tool dressed as a service. So what does Lindsay Graham suggest? As soon as someone needs health care, they can qualify for Medicare. Really? Well, at least it pulls the wool off of the real purpose of private health insurance. Maybe we should call it Healthy Profits Insurance.

Economist Gerald Friedman believes this is a back door to a Medicare for All system. I beg to differ. Private health insurers have lots of ways to make money. They will surely continue to come up with new products to sell. Meanwhile, Medicare will struggle to cover the costs of care for those who need it.

There is no back door to single payer.  There is no easy way to win National Improved Medicare for All. If there were, we would already have it. Tens of thousands of dedicated people have been advocating for single payer for decades (some whom I know have advocated for 60 years). We can win but we will have to take on the Medical Industrial Complex and its minions in Congress in order to do it. We win by educating ourselves and others, organizing and mobilizing in our communities. It will be hard work. It will take sacrifice. But it will be transformational. It is worthy of our efforts.   – Margaret Flowers 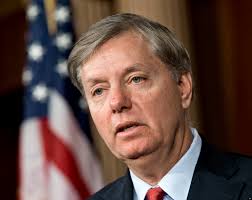 That’s what came out of a meeting with Senator Manchin with single payer activists earlier this month in Charleston, West Virginia.

Also present during the meeting, via Skype, was University of Massachusetts Economics Professor Gerald Friedman.

According to notes taken during the meeting by a participant, Manchin dismissed single payer in the the Senate, saying “my interest is in finding a workable pathway.”

“Republicans are not going to back off of a private sector market,” Manchin said. “Mitch McConnell is determined to vote to repeal. But he wants to get rid of taxes to pay for what we want to do. To do that they’ve got to cut services. They’re not trying to look for efficiencies or work with preventative care.”

“A few of us — Susan Collins, Lindsey Graham, and others — are looking for a better way.  Lindsey Graham says — let’s put everyone with a pre-existing condition on Medicare.”

“That’s a big leap forward,” Manchin said. “But I told him — we have to change the tax structure. We can’t accumulate more debt.”

“There is not another Republican who supports what Lindsey has said,” Manchin said. “But people are listening.  It gives us an opening we didn’t have before. I told Chuck Schumer to act like he doesn’t like it and wait and see what happens.”

“Medicare would be taking all the sick people, except for the first time they get sick,” Friedman said. “It would be 75 percent of medical costs in the United States. It would easily drift into single payer.”

“You are healthy, you are on private insurance. You get sick. Private health insurance covers your first trip to the doctor. Then at that point, you have a pre-existing condition. They you get shifted into Medicare.”

Friedman said there have been proposals over the years to cover one disease at a time.

Friedman says he doubts if Graham’s proposal will get much support.

“If the Republicans want to repeal and replace, they should just adopt single payer,” Friedman said. “It’s more efficient than Obamacare, it’s cheaper than Obamacare.”

But isn’t Graham’s proposal just a bailout of the private health insurance industry?

“Yes, but it will erode their business very quickly,” Friedman said. “In the short run, it’s great for private health insurance. It gets rid of everybody at risk. It lower rates dramatically. You only have healthy people left in their pool. But these companies make money off of sick people too.”